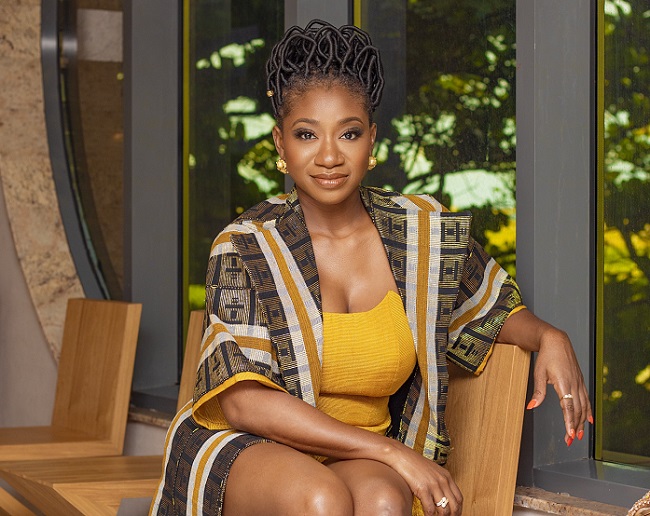 In this article, we are going to explore everything you need to know about Ade Laoye.

Who is Ade Laoye?

She is from Ede, Osun State but grew up in Lagos and Ibadan. According to this US trained actress, she had a lot of fun and laughter in her home while growing up. She was quite the ‘drama queen’ who would sing and dance in front of the mirror.

Ade comes from a very artistic family: the Laoye family. Her grand uncle, Oba John Adetoyese Laoye, the Timi Agbale of Ede, was popularly known as ‘The Drummer King’. Art is in her blood. Nikki Laoye, the gospel singer, is her cousin. They all sing and they all love music.

Ever since she started acting, she has done more of TV series than movies. Ade is a free- spirited person. She has a sense of humour and not taking herself too seriously. She is emotional and feels things very deeply. It’s difficult for her to hide how she feels about things or people. She is a happy-go-lucky kind of person.

Adejoke Laoye was born on 5th April, 1984. She is from Ede, Osun State but grew up in Lagos and Ibadan. She comes from a close-knit family and has four sisters who are her best friends. She is the fourth of five children

Fondly known as Ade or Joke, Ade had her first acting gig when she was five years old. While still in Nursery school, she played the mother of Jesus in a Christmas school play.

In secondary school, I was popular for being a singer and my classmates always asked me to put on a show. Creative expression was very welcome in my family. However, I never considered acting as a profession until I got into university.

According to Ade Laoye, when she is not working, she likes to sleep. She loves live music, so you may find her hanging out with friends with a beer or Orijin in hand.

Joke loves ice cream m because that makes her happy. She loves food and doesn’t like to cook.

Ade had opened up that men that can get her attention are those who are bold about it. So if you are brave and courageous you will get her attention. She believes that a foundation of friendship is the basis for any relationship.

While choosing a career path, Ade was never pressured to pursue a particular career path. However, she was encouraged to think through her choice, work hard and pray. The artistic path isn’t always stable, but she had a strong support system after all, she came from an artistic family of which she was used to and did most of the things she do out of fun and passion.

Most of her acting experiences had been on stage so that seems to be her home base but her training helped in preparing her for both.

Ade Laoye alongside other Nollywood actresses, Kehinde Bankole, Munachi Abii, and Omowumi Dada, have been unveiled as the lead actors in the screen adaptation of Tunde Leye’s blog series, Finding Hubby.

Ade Laoye was nominated for a “Best Ensemble in a Musical” in Barrymore Award. She performed in “The Arden Theatre Company”

The productions she has featured include: