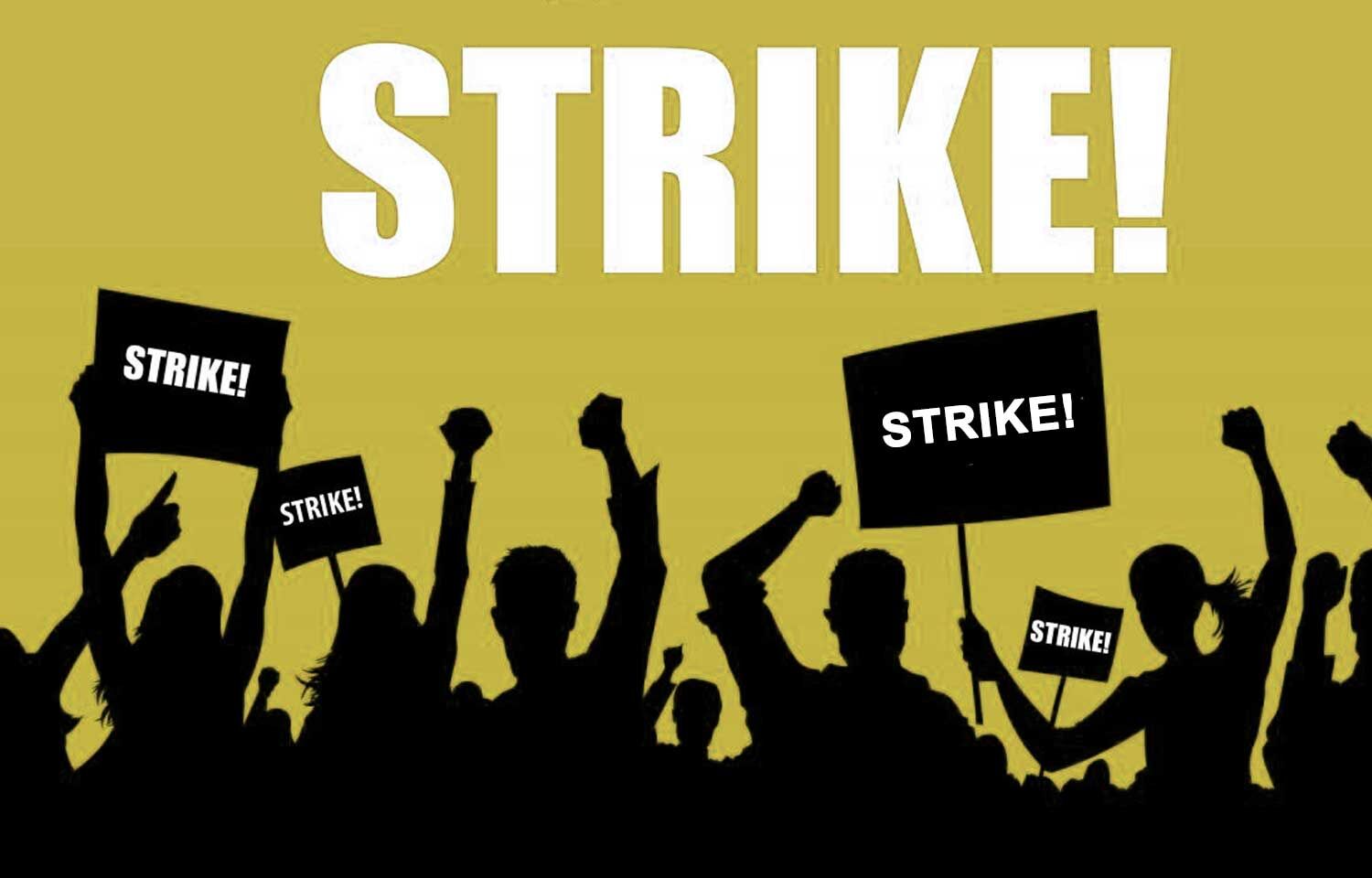 For about three months, the federal government-owned universities and some state-owned universities in Nigeria have been shut down. This is due to the agitations of the university lecturers under the aegis of the Academic Staff Union of Universities (ASUU). Well, this is not new in the Nigerian education system which is already on the verge of collapse due to the incessant strike by both teaching and non-teaching staff. This persistent industrial action is birthed by underfunding and a general lack of attention from the concerned party. For almost two decades, ASUU has been involved in a constant and rigorous struggle with the federal government under different administrations, resulting in the continual disruption of academic activities. What for? The bone of contention has always been the state of the public universities, the welfare of the students in these institutions, and the salary structure of the lectures, among other things.

The Origin and the Foundation of ASUU

While NAUT was more conservative and sympathetic to the post-colonial regime, it was deemed unfit to transform the academic standard of Nigeria Universities. Thus, ASUU was formed to be more radical about the state of the Nigerian education system.

ASUU was founded in 1978, during the start of the oil boom’s fall, when the country was suffering the repercussions of its authorities’ inability to employ the oil money to develop production and a social welfare system. The essential liberties in society had been severely weakened by the military regime. Military tyranny took away academic freedom and university autonomy. Education, and hence universities, received less financing. The causes necessitated a shift in the academic union’s orientation beginning in 1980.

ASUU and the Persistent Need for Struggle

Throughout the 1980s, ASUU fought back against attacks on academic freedom. The first struggle resulted from the infringement of the disciplinary functions of Governing Councils by the government who illegally dismissed some members of staff without the right of a hearing.

ASUU fought the Shagari government from 1980 to 1981. Its main concerns were finance, wages, academic autonomy, brain drain, and the sustainability of university system in Nigeria. Several industrial unions and NLC State Chapters collaborated with ASUU in this struggle. It addressed discussions about the course and framework of national economic, educational, and other policies.

The next struggle was during the Buhari-Idiagbon administration. During this time, ASUU’s fights were founded on the union’s moral resistance to military dictatorship and its position on the union’s growth route. ASUU assessed the faults of the Nigerian economy and proposed solutions in its publication “How to Save Nigeria”, which came out of their conference on the State of the Economy in 1984.

Over the years, the union has faced several sanctions and prohibitions. The first was in 1988 when the union called a National Strike to demand equal pay and university autonomy. As a result, ASUU was declared illegal on August 7, 1988, and all of its assets were confiscated. It was permitted to recommence in 1990 but was prohibited again on August 23, 1992, following another walkout. On September 3, 1992, however, a deal was made that addressed some of the union’s objectives, including the right of workers to collective bargaining. In 1994 and 1996, ASUU staged more strikes to protest the military administration of Sani Abacha’s firing of personnel.

This struggle has since become more persistent and frequent in today’s Nigeria. This has continually disrupted academic activities, truncated students’ learning process, and make learning in public universities severely unbearable.

Following the Nigerian Fourth Republic’s return to democracy in 1999, the union remained steadfast in its demands for university employees’ rights, despite resistance from President Olusegun Obasanjo’s government.

While the union continues to claim that it is fighting for Nigerian tertiary education and, by extension, Nigerian students, many Nigerians believe that the ostensible campaign, which has been distinguished by frequent strike actions, is malevolent and self-serving. This image has not been helped by ASUU, which continues to struggle to connect effectively with Nigerians without coming off as arrogant and condescending.

Let’s have a quick overview of the ASUU strike over the last two decades, how long each lasted, and what the bones of contention were.

Nigerians welcomed democracy and a government that pledged to be people-oriented when the military rule ended in 1999. Nigerian students, on the other hand, did not have to wait long for their academic pursuits to be disrupted. ASUU launched a nationwide strike a few months after the Obasanjo-Atiku administration was inaugurated, which lasted five months.

ASUU went on strike again in 2001, this time demanding the restoration of 49 lecturers who had been fired from the University of Ilorin. When then-President Olusegun Obasanjo branded Nigerian university professors as “a bunch of lazy and ungrateful people,” the strike was exacerbated. After three months, the strike was called off.

After failing to execute an agreement reached with the Federal Government during the last strike, the union was obliged to go on strike again on Sunday, December 29, 2002, after the Obasanjo administration failed to do so. The strike was just two weeks long.

In 2003, Nigerian university students were forced to return home for six months after ASUU launched another strike over the non-implementation of prior agreements covering underfunding of universities, the disparity in salary, and the retirement age of the university lecturers.

Nigerian university students have had yet another disturbance in their academic schedules due to another strike by university professors. The academics only went on strike for two weeks, according to the Guardian.

Academic activities at all public institutions across the country were halted in April 2006 after ASUU called a three-day warning strike. It lasted for a week in the end.

The strike in 2006 was followed by another one on March 26, 2007. The strike was three months long. The grounds for the strike were nearly identical to those of the last strike.

ASUU went on strike for one week in 2008 to pound home its demands. The demands included a better pay scale and the restoration of 49 teachers who had been fired from the University of Ilorin.

In 2010, Nigerian university undergraduates suffered yet another interruption in their academic careers, as ASUU went on another indefinite strike that lasted more than five months. The strike began on July 22, 2010, and ended in January 2011.

ASUU paralyzed academic operations across the country in December 2011 when the FG failed to honour its 2009 promise to appropriately support institutions in the country and enforce the 70-year retirement age restriction for ASUU members. The strike lasted 59 days until being ended in 2012.

Another strike was called when the government failed to revise the retirement age for academics from 65 to 70, authorize money to revitalize the university system, and raise financial contributions to the education sector by 26%, among other requests which are part of the 2009 ASUU/FG agreement. The strike began on July 1, 2013, and was called off on December 17, 2013. It lasted five months and fifteen days.

In 2014, ASUU once again went on a one-week warning strike to protest the Federal Government’s refusal to execute the 2009 Agreement and the 2013 MoU.

Again, ASUU called an indefinite strike on August 17, 2017, over unresolved and contentious issues with the federal government. This strike lasted for a month, ending in September.

Another indefinite strike ensued this year in response to the Federal Government’s inability to satisfy the union’s demands. After their National Executive Council meeting at the Federal University of Technology in Akure, Ondo State, the union declared the strike on Sunday, November 4, 2018. This strike lasted for three months.

On the 23rd of March, 2019, ASUU began an indefinite strike which metamorphosed into the longest one since 1999, lasting for 9 months. The cause of this strike is the implementation of the Integrated Payroll and Personnel Information System (IPPIS) as the platform for the payment of the lecturers’ salaries by the Federal Government.

The ongoing strike which has lasted for about three months and still counting is based on the Federal Government’s refusal to honour the 2009 agreement with ASUU, and the implementation of UTAS as the preferred payment platform, among others. The strike started in March with a one-month warning strike.

Who Should Be Blame: ASUU or Federal Government?

Like the Yoruba adage, “where two elephants fight, it is the grass that suffers the consequence”. The persistent loggerhead between ASUU and the federal government has been a major point of discussion at every point in time. Oftentimes, ASUU takes the criticism for being inconsiderate of the students, other times, it’s the government. But this shouldn’t be about who is right and who isn’t.

Given a closer overview of the industrial actions of the union since 1999 and what they were fighting for, we can easily say ASUU is fighting for a just cause, but should that be to the detriment of the University populace? Meanwhile, on the part of the federal government, this incessant strike shows negligence and lack of concern towards the educational sphere of the country.

University strike action has never been beneficial for undergraduates, university aspirants, or even those who make a living off the campus economy. In reality, anytime ASUU and the Federal Government have a clash, the students are invariably on the losing end. Extended strikes often result in undergraduates spending extra semesters or even years on campus, depending on the length of the strike.

ASUU and The Persistent Strike: The Way Forward

Based on the recommendations of experts and professionals, here are some of the practical solutions to put a permanent end to the ASUU strike and the constant loggerhead with the federal government.

2 thoughts on “Analysis: ASUU and the Incessant Strikes in Nigeria, the way Forward”