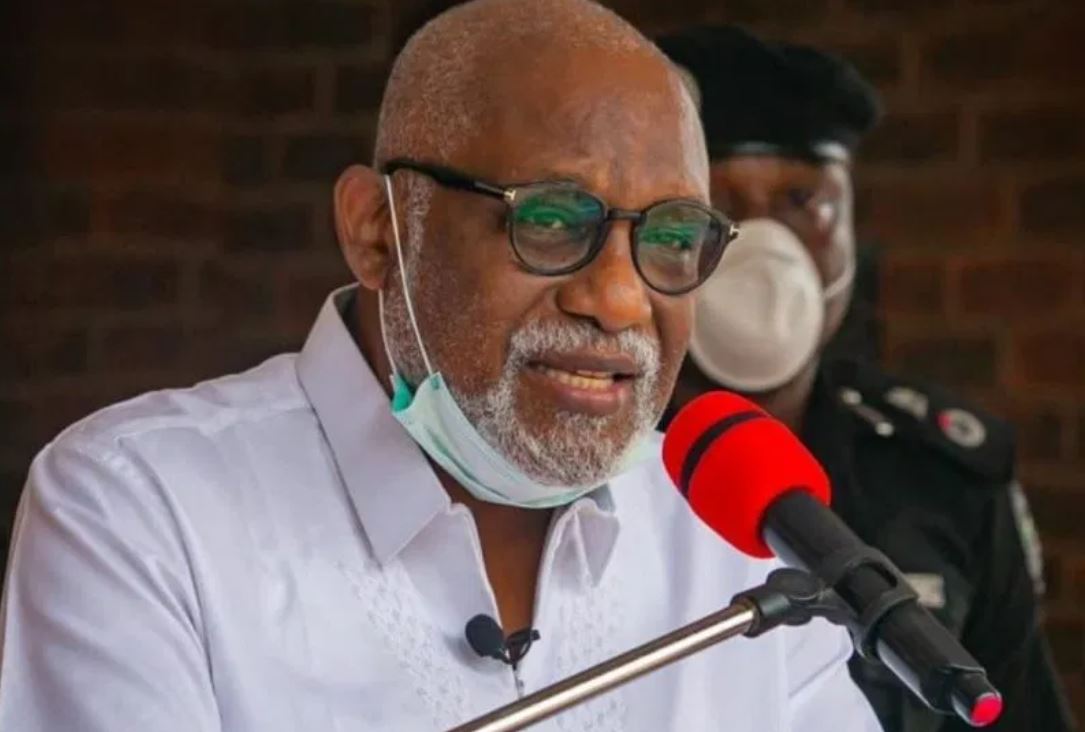 The Chairman of Southern Governors Forum and the Governor of Ondo State, Arakunrin Oluwarotimi Akeredolu has described the speculations accredited to the National Chairman of All Progressive Congress (APC) Senator Abdullahi Adamu on APC choosing Ahmad Lawan as APC Presidential Candidate as an expensive joke.

In a press statement on his verified twitter handle, Governor Akeredolu noted that the alleged pronouncement by APC national chairman was contrary to the position of majority of Northern Governors in APC and their counterparts in the South and maintained that the APC Presidential primary election would be contested for by qualified persons from the Southern part of the country if the move to get a consensus candidate fails.

“My attention has just been drawn to the expensive joke purportedly enacted by the National Chairman of APC, Senator Abdullahi Adamu. The speculation is rife that the Chairman took a flight of fancy and decided to make a pronouncement beyond his competence.”

“He has, allegedly, made public his preferred choice as the candidate of the APC for the Office of the President in the next general elections.

“This alleged pronouncement runs contrary to the position of majority of Northern Governors in APC and their counterparts in the South.”

“Our agreement is unanimous on this issue. The office of the President should be contested for by qualified persons from the Southern part of the country if the move to get a consensus candidate fails. There has been no shift from this settled issue”

“Let it be known that the Chairman or anyone who holds a contrary opinion does so at a personal level. He is at best embarking on a frolic which reasonable people will consider dangerous.

“We are grieving but have not forgotten that Power MUST shift to the south. On this we stand.