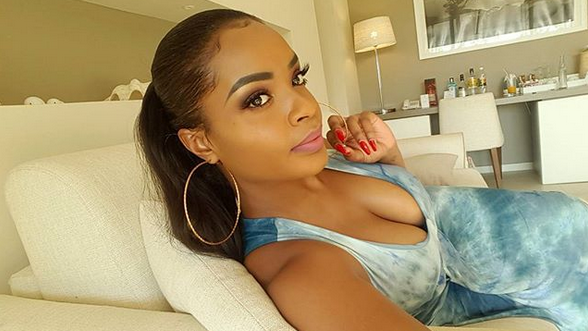 Spread the love
In this article, we are going to explore everything you need to know about Dillish Matthews.

Dillish Mathews was the winner of the 2013 Big Brother Africa – The Chase. The Namibian Model and Actress represented her country, Namibia in the BBA contest making her the first Namibian housemate to win the continental reality TV show. The entertainer and entrepreneur won $300, 000 from the contest.

Dillish Mathews was born on 16 September 1990 in Namibia. The stylish, beautiful and successful businesswoman gained popularity after winning Big Brother in 2013. From then, she went on to break barriers. In 2015, she won the “Most Promising Personality” award in Zimbabwe.

During her stay in the Big Brother Africa House, despite the usual tensions that the competition possesses, her charisma, spirit and strength in the competition placed her at an advantageous position to compete for supremacy.

Currently sitting on her ‘people endorsed’ throne as Africa’s most stylish Celebrity, Dillish Mathews has established herself as a jack of many trades, and a master of all things she has put her mind, time and energy to do.

Even after she was named the Most Promising Personality in Zimbabwe in 2015, Mathews did not pull back her plugs, she instead injected her fame to push her business, work as a hostess and actress in different capacities and excellence followed her throughout.

Dillish Mathews was born on 16 September 1990 in Namibia where she grew up without knowing who her father was not until she won the Big Brother Africa Reality TV show Contest. His father is Abdi Guyo, a retired Kenyan soldier who was part of the Kenyan contingent peacekeeping force of the United Nations Transition Assistance Group (UNTAG) and her mother is Selma Mancor. She is the eldest among her 5 siblings and she went to Hochland High School and then proceeded to the University of Namibia (UNAM) to study Psychology.

The Namibian Model, Actress and Multi – faceted Business lady came to full prominence after she won the eighth season of Big Brother Africa realty TV show, becoming the first Namibian to achieve that fete. Dillish took away $300, 000 and invested it in a number of businesses.

Due to the high temperatures in Namibia, the Big Brother winner invested in the Ice cube business and branded her cubes ‘Dillish Cool Cubes’.

She also runs a hair business, which she established in her second year at the University of Namibia. High Definition Hair Spa is the name of her hair company with headquarters are in Windhoek.

Dillish claims she used to run her business out of the trunk of her car before winning Big Brother. The company specializes in high-end Brazilian hair, lace wigs, lace closures, shampoo, and hair care products.

She ventures into the food industry as well. The fine-dining restaurant, which serves Namibian and Portuguese cuisine was established by Profysen Muluti, her business partner and lawyer friend.

Dillish also owns “Dillish by Vault”, a cosmetics line. In 2014, she started her company in Zimbabwe, Zambia, Kenya, Nigeria, and Tanzania. The company creates high-end lipsticks which are available not just in Namibia, but also throughout Africa, and can be purchased online.

The reality TV celebrity has landed main roles in a number of Nollywood films. She acted in the film Nostalgia, which she acted the character, Millicent. She also starred in the film “How to Marry a Billionaire” playing a leading role.

Dillish has gotten lots of endorsement ever since she won the ultimate BB-Africa prize. She has teamed with some of the world’s most well-known businesses. She was appointed as a Huawei ambassador in 2019 and she has also been a Nivea ambassador since 2019.

Dillish’s has once dated Stephen Gaeseb. The couple broke up in December 2014, after Stephen flirted with another woman. Though, Stephen came out to say the he only flirted via text messages and did not intend on acting on it.

After Stephen, Dillish also dated Emmanuel Adebayor, The Togolese football International. The two broke up in 2018.