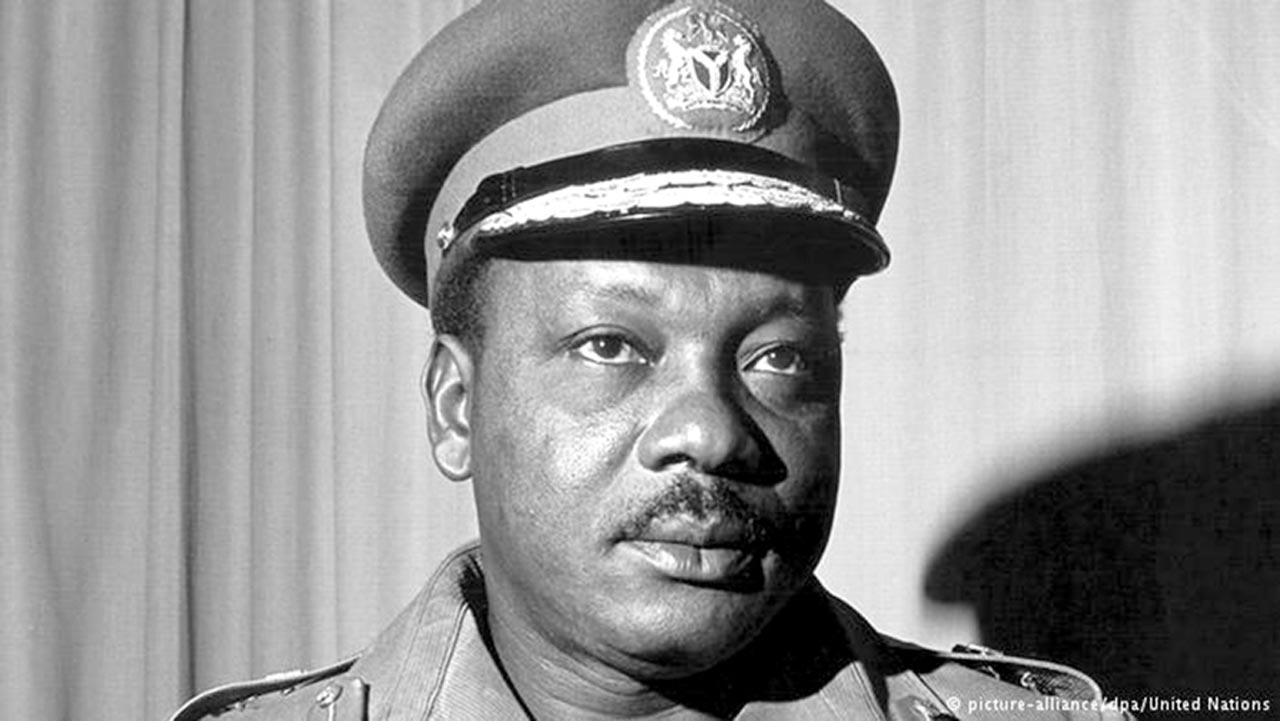 Rtd Major General Johnson Aguiyi-Ironsi was the  first military head of state of Nigeria. He seized power during the unrest that followed the January 15, 1966 coup. In his first speech as Nigerian Military head of state, Rtd Major General Johnson Aguiyi-Ironsi announced the suspension of the provisions of the Constitution and declared that the intention of appointing a Military Governor in each Region of the Federation.

1. The government of the Federation of Nigeria having ceased to function, the Nigerian Armed Forces have been invited to form an Interim Military Government for the purposes of maintaining law and order, and of maintaining essential services.

2. This invitation has been accepted, and I, General J.T.U. Aguiyi-Ironsi, the General Officer Commanding the Nigerian Army, have been formally invested with authority as Head of the Federation Military Government, and Supreme Commander of the Nigerian Armed Forces.

7. The Federation Military Government announces, in connection with the external affairs of the country:
a. that it is desirous of maintaining the existing diplomatic relations with other States;
b. and that it is its intention to honour all treaty obligations and all financial agreements and obligations entered into by the previous government.

8. The Federation Military Government calls upon all citizens of the Federation to extend their full co-operation to the Government in the urgent task of restoring law and order in the present crisis, and to continue in their normal occupations