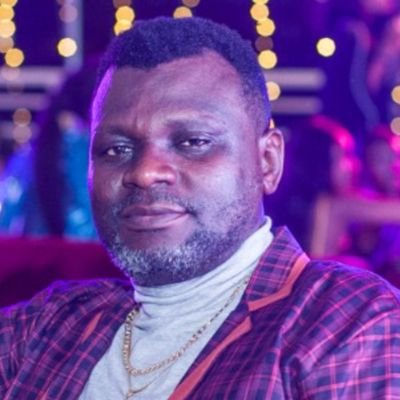 In this article, we are going to explore everything you need to know about Joseph Umoibom.

Joseph Umoibom is an Administrator, Curator, Producer and a Fellow of the Certified Institute of Auctioneers of Nigeria. He has vast experience in art program content development, management, implementation and evaluation of visual and performing art programs. He has produced many Nollywood movies.

Joseph Umoibom was born in Lagos and he has lived there all his life though he visits home once every year. He is from Ikono Local Government Area of Akwa Ibom State, South – South region of Nigeria. He is a graduate of Biochemistry from the prestigious University of Uyo in Akwa Ibom State.

Joseph is the General Manager (GM) of Terra Kulture and an associate producer of BAP Productions, he has always lived and worked in Lagos because as a person that loves and practices arts, he sees Lagos as the artistic capital of Nigeria where everything artistic happens there and spills over to other states of Nigeria.

This highly skilled producer and lover of arts has managed various art projects for the company including the installation of public art and monuments across Lagos and the construction of 4 purpose build theatres in various parts of Lagos for the Lagos State Government.

He speaks English Language and his native language, Ibibio

Joseph Umoibom was born and raised in Lagos State, Nigeria to an Akwa Ibom father from Ikono Local Government Area which is the cradle of Ibibio land in Akwa Ibom State.

He attended the University of Uyo in Uyo LGA of Akwa Ibom state from 1996 to 2002 and obtained a Bachelor of Science degree in Biochemistry.

In 2008, he enrolled for a certificate program in Strategic Marketing at the British Council Management Express and obtained a Certificate in “The New Rules of Strategic Management” that same year.

In 2013, Joseph also enrolled for another certificate program but this time around, at the British Council, Lagos, Nigeria and bagged a certificate in Audience Development/Strategic Marketing for Cultural Organizations the same year. A year later, the Lagos – based Akwa Ibomite left the shores of Nigeria to enroll for a certificate program in DC, NY, CharlstonSC, Salt Lake City, Seattle in the US under the US DEPARTMENT OF STATE Bureau of Educational and Cultural Affairs: Int’l Visitors Leadership Program and obtained a certificate in Multi Regional Program on Cultural Heritage Preservation.

Joseph met his wife 25 years ago. In April 2006, they got married. They have been married for the past 16 years. In April, 2022, Umoibom took to his Instagram page, flaunting pictures of him and his wife of 16 years and friend of 25 years.

Umoibom before he joined movie and arts production, he first worked as a supervisor in Fast Forward Sports Marketing Ltd from 2003 to 2006. Here, he was responsible for scheduling salespersons, assign them duties and monitors their progress throughout the day to put them in a position to succeed.  He also took the responsibility of tracking inventory and conducting studies to help boost sales.

In September 2006, he joined Design Union Consulting as the Admin Manager. He assisted the company to achieve financial objectives by anticipating requirements; submitting information for budget preparation; scheduling expenditures; monitoring costs and analyzing variances. He was also responsible for supervising staff; planning, organizing, and implementing administrative systems as well as recruiting, selecting, orienting, and training employees.

In May 2008, he became the General Manager of Terra Kulture and since then, he has done a lot of Project Management jobs which include:

He is the producer for BAP Productions, producing numerous shows. BAP Productions has also co-produced the movie 93 DAYS, a feature film on the Ebola outbreak in Nigeria, where he served as a Line Producer and also The Bling Lagosians where he was Producer.

Both Movies are currently on Netflix. He was also producer for COLLISION and Man of God (MOG), two new films from the stables of BAP Productions. On May 14, 2022 at the Africa Magic Viewers Choice Awards(AMVCA) held in Eko Hotels, Lagos, Joseph Umoibom with Bolanle Austen-Peter and James Amuta jointly received the award for Best Movie West Africa for their work, Collision Course