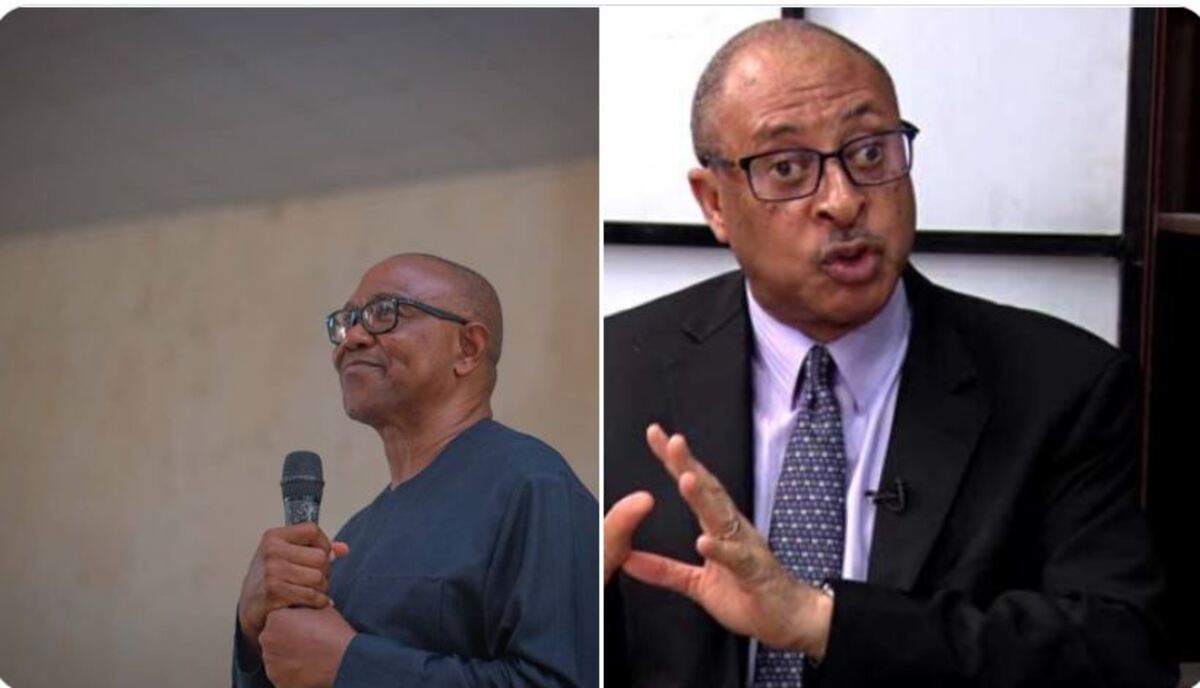 The Former Governor of Anambra State, Peter Obi and a co-convener of the National Consultative Front (NCFront), Prof Pat Utomi are set to contest for the Labour Party Presidential ticket on Monday 30th May, 2023 in Asaba, the Delta State Capital.

According to a Labour Party Source,  Pat Utomi, a Professor of political economy and Peter Obi are the two leading contender for the Labour party presidential ticket.  Utomi has been a strong proponent of a third force with the intention of dislodging the All Progress Congress and the People Democratic Party (PDP) from power.

Peter Obi recently dumped the main opposition party PDP to Labour party. In a statement on his verified twitter handle, Obi disclosed that Labour party his new destination to Nigeria’s presidency was synonymous with the people, workers, development, production, securing and uniting Nigerians as one family

“Therefore, I have chosen a route that I consider to be in line with our aspirations and my mantra of taking the country from consumption to production; and that is the Labour Party which is synonymous with the people, workers, development, production, securing and uniting Nigerians as one family,”