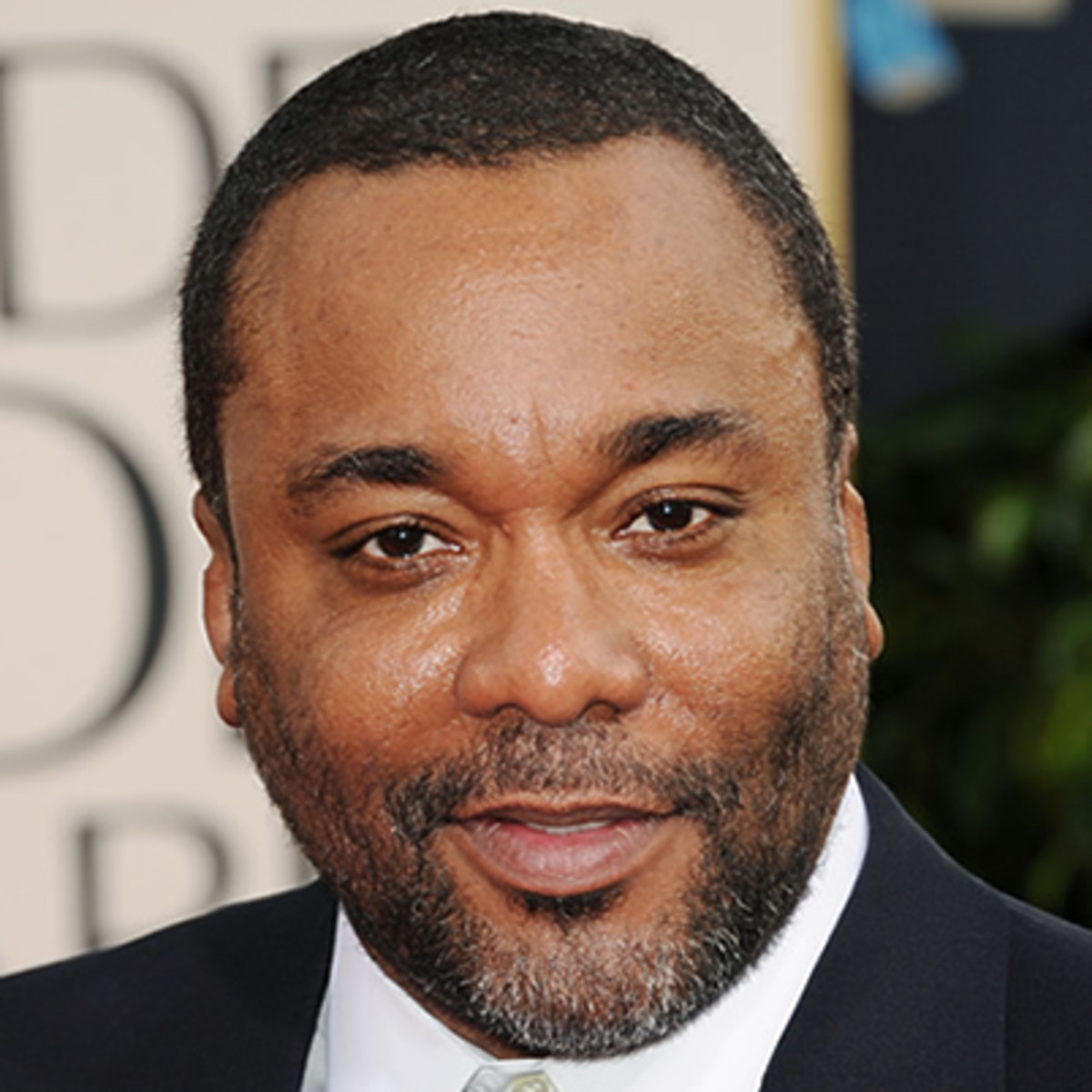 In this article, we are going to explore everything you need to know about Lee Daniels. Lee Daniels is a director known for films that tackle difficult subjects including racism, image and family violence.

Lee Daniels was born on December 24, 1959, in Philadelphia, Pennsylvania. He is known for producing films that tackle such thorny issues as race, image, family violence and sex. His critically acclaimed 2002 hit, Monster’s Ball, was not only an Oscar winner but turned a $2.5 million production into a $31 million success.

He was born far away from the glitz and glamour of Hollywood. The oldest of five children born to Clara and William Daniels, Lee grew up in West Philadelphia. His father was a cop who once worked as a bodyguard for Muhammad Ali and was killed in a robbery when Lee’s older brother was 12-years-old. William Daniels was at times hard on his children, especially Lee, who displayed early signs of homosexuality that didn’t sit well with him.

Beyond the physical abuse, William Daniels had a side to him centered on a deep appreciation for books and poetry. He had a passion for reading and wrote his own short stories and poems. “Anything artistic I got, I got from him,” Lee has said.

Despite the strain William Daniels placed on his relationship with his children, Lee Daniels said he loved his dad, and his shocking death was difficult to overcome, much less understand.

After high school, Daniels headed off to St. Louis, Missouri, to attend the small liberal arts school, Lindenwood College. He wanted to study theater and film, but it wasn’t long before he grew frustrated with academics. Just before the start of his junior year, he dropped out.

Daniels packed up his things again and, with just $7 in his pocket and a lot of ambition, he moved to Los Angeles to make it as a writer. He didn’t have much luck finding work in Hollywood, however. Instead, to make ends meet, Daniels took a job as a receptionist at a nursing agency. Within a short time, Daniels was part of management and started a nursing agency out of his home.

It wasn’t what Daniels moved to Hollywood to do, but soon his five-person nursing staff grew to 500, and he was heading up a company worth several millions of dollars. As it would be with his later film work, there was a bit of a pioneering spirit behind Daniels’ healthcare career. In addition to working with the American Heart & Lung Associations and the American Sickle Cell Anemia Association, his company became the first of its kind in the country to land a contract with the AIDS Project Los Angeles.

But Daniels hadn’t completely abandoned his dream of working in Hollywood. By chance, a client of his was also a producer who had worked with Prince. The two started one Saturday morning, and Daniels told him he wanted to work in film. The producer told him he could help him find a job.

At 22, Daniels sold his agency, pocketed several millions of dollars, and started a new career as a production assistant. His focus soon became casting, and he eventually found himself working on big-name projects like Under the Cherry Moon and Purple Rain.

In 1984, Daniels, frustrated by the lack of meaty roles available to proven African-American actors, showed his ambition by trying to go it alone. He formed Lee Daniels Entertainment, a New York City-based management company whose clients would eventually include some of the biggest names in Hollywood, from Cuba Gooding, Jr. and Hilary Swank to Morgan Freeman and Marianne Jean-Baptiste.

Daniels’ foray into movie-making with the creation of Monster’s Ball came about after several conversations with Sean Penn about the film. The story, centered on a complicated bi-racial romance, saw more than a few stops and starts as different directors—first Penn, and later Oliver Stone—tried to make the movie. Fascinated by the tale and frustrated at all the obstacles, Daniels took control of the project himself. He turned to Swiss-born director Marc Foster to lead the movie and convinced enough A-list talent—Halle Berry and Billy Bob Thornton, among others—to do the film for little money.

Daniels wasted little time basking in the accolades. In 2004, he produced his next film, The Woodsman, a haunting tale about the tormented life of a child molester released from prison. The film, starring Kevin Bacon, Kyra Sedgwick and Mos Def, earned more acclaim and more awards for Daniels.

Two years later, audiences got a chance to see the result of Daniels’ directorial work, with the release of Shadowboxer. Starring Helen Mirren, Cuba Gooding, Jr., Mo’Nique, Stephen Dorff, Vanessa Ferlito, Joseph Gordon-Levitt, and Macy Gray, the film tells the tale of a mother and her stepson who are also assassins.

As it has been with much of his work, Daniel’s biography factored into his initial attraction to the story. “Shadowboxer was based on my life,” Daniels told The Times. “I knew killers. My uncle, who took care of me, murdered people, and yet he took care of me too. People who have gone to jail for murder are also human.”

Daniels followed up the critically acclaimed film with Precious, the 2009 movie based on the novel Push by Sapphire. The novel recounts the story of an overweight African-American girl and her attempts to break free from the violence that has shaped her life. “Ally Sheedy’s mother gave me the book to read,” Daniels recalled. “It blew me away, it rocked my soul, it stuck me to like hot grits. But the author at first wouldn’t give me the rights to the book. I kept stalking her, and she finally gave me the book.”

The film, which co-stars Mariah Carey and Mo’Nique, was hardly a cookie-cutter operation. Because of the physical proportions demanded of the lead character, Daniels and his team had to look beyond Hollywood and most conventional casting methods to find a 350-pound African-American woman to play Claireece Precious Jones. They eventually found their woman in Gabourey Sidibe, a New York City resident who had no prior acting experience.

Even then, however, the movie was far from an easy production. Daniels, who both produced and directed the film, fired staff. On a few occasions, the film budget also dried up. At one point, Daniels had Carey give a private concert at his house to raise money from a group of prospective investors. The film was eventually finished, and the end product enhanced Daniels’ stardom. At Sundance, Precious earned three awards, including the Grand Jury Prize, and took home the People’s Choice award at the Toronto Film Festival, the event’s highest honor.

With success has come criticism, and Daniels’ movies have drawn concern, and sometimes ire, from film critics about his portrayal of African-American characters. Precious is no exception. In the film, the lead character contracts AIDS from her father, which serves to only reinforce certain stereotypes, critics counter, about the Black community and black women in general.

Daniels doesn’t see it that way. “Black women are dying because everyone wants to pretend to have a certain image,” he told reporters shortly after the movie’s release in 2009. “Most of the AIDS patients in this country are Black women. For me to portray and not tell my truth and bring it to the screen would be an injustice to me as a man—forget about a Black man, but, as a man. I would be lying, and Black women are dying.”

In 2004, Daniels teamed up with former President Clinton on a series of public service productions to encourage young African-Americans to vote.

In 2012, Daniels directed The Paperboy with Zac Efron and Nicole Kidman. The movie gained some notoriety for a risque scene featuring its two lead actors. Daniels then created The Butler (2013), which looks a series of presidents through the people who served them. The star-studded cast includes Forest Whitaker and Oprah Winfrey. Made for less than $30 million, The Butler has brought in more than $115 million domestically. There is also substantial buzz around the film and its performances about possible Academy Award nominations.

For his next project, Daniels tackled the life of rock legend Janis Joplin. He told The Hollywood Reporter, “I had no idea Janis Joplin was so smart—intellectual, even. Look, some of the smartest people in the world have been drug addicts.” Amy Adams stars as the late singer. Daniels was confident that Adams had the vocal talent to pull off such a challenging role.

While his Janis Joplin project ran into some delays, Daniels found time to create a hit television series. He is the co-creator of Empire, a drama that looks at the family involved in a successful music label. Daniels has also written and directed some of the show’s episodes. In the series, Terrence Howard plays Lucious Lyon, head of the music label and the family. He must decide who will take over his business after learning that he is dying. His ex-wife, Cookie (Taraji Henson), also wants a share of the business. The series’ first 13 episodes aired in early 2015 to stellar ratings.

A New Yorker, Daniels lives with his partner, casting director Billy Hopkins, and his twin daughters, Clara and Liam, whom he adopted from his brother in 1996.