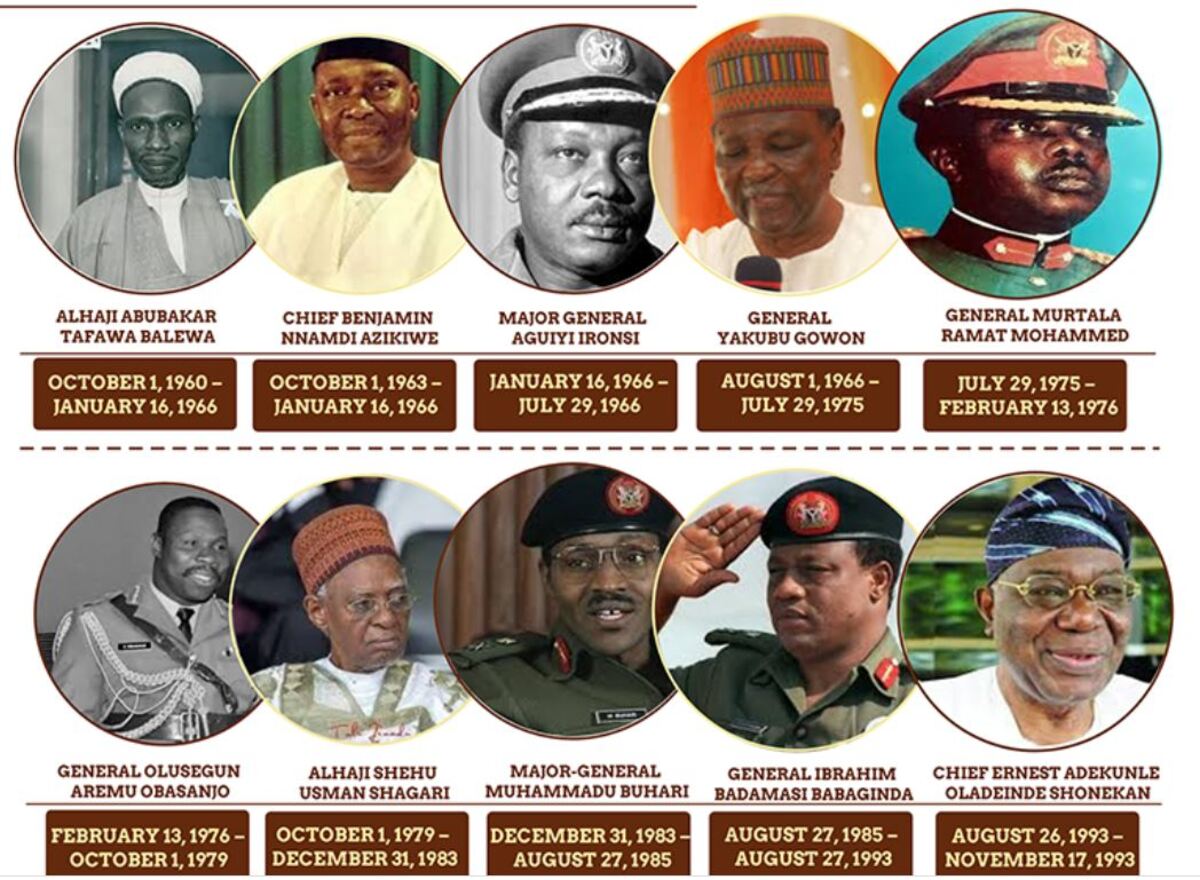 Nigeria is Africa’s most populous Country and the greatest black Country on earth. In this article, we are going to look at the list of Nigerian Presidents and head of States From 1960 till date.

Sir Abubakar Tafawa Balewa served as the first and only Prime Minister of Nigeria. He was a teacher by profession and was one of the first Northern Nigerians to be sent to London University Institute of Education (1945). He was killed in the first of two Nigerian army coups in 1966

Rtd. General Johnson Aguiyi-Ironsi was Nigeria’s First Military head of State. He seized power power via a military Coup and rule for only few months.

Rtd. General Murtala Mohammed was a Military head of state who rule Nigeria from 30 July 1975, until his assassination on 13 February 1976

Rtd. General Olusegun Obasanjo is a Nigerian Politician and a retired military general who rule as the Military Head of State from February 13, 1976 to October 1, 1979

President Shehu Usman Shagari  was a Nigerian Politician and the first and only elected President of the Second republic.

Rtd. General Abdulsalami Abubakar served as the de facto President of Nigeria from June 9, 1998 to May 29, 1999

President Goodluck Ebele Jonathan served as Nigerian President from 6 May, 2010 to 29 May, 2015

President Muhammadu Buhari is the current President of Nigeria