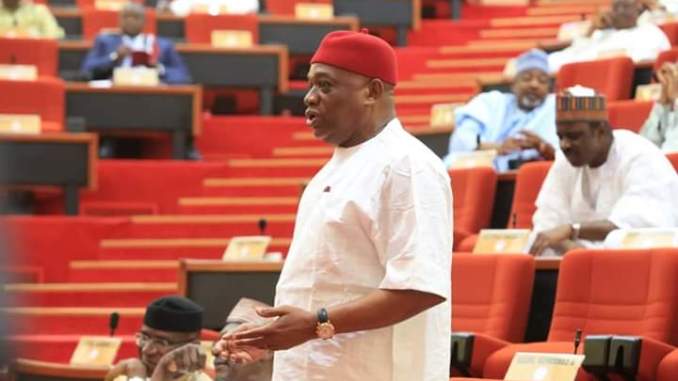 Former Governor of Abia State and the Chief Whip of the Senate, Chief Orji Uzor-Kalu, has clinched the ticket of the All Progressive Congress to represent the Abia North senatorial district for a second time.

Chief Orji Uzor-Kalu polled of 777 votes to emerge unopposed following the stepping down of his opponent, Barr. Fabian Nwankwo.

After he was declared winner by the returning officer for senatorial primary election, Chief Paul Onwuka, Kalu dedicated his victory to the people of the district and promised to attract more projects to the district.

He commended Barr. Fabian Nwankwo for his decision to support him for the interest of Abia North Senatorial District.