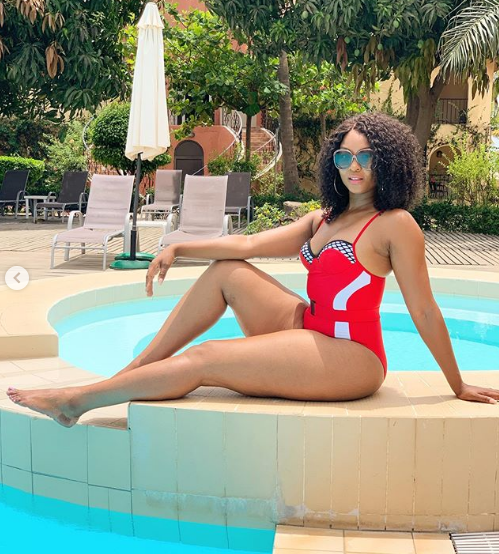 Spread the love
In this article, we are going to explore everything you need to know about Osas Ighodoro.

Who is Osas Ighodaro?

She bags a degree in broadcasting/journalism with dual minors in entrepreneurship and theater from Pennsylvania State University as well as a master’s degree in fine arts from the Actors Studio Drama School at Pace University.

She was the host of the Maltina Dance All Reality show between 2013 – 2015 and is the founder of the Joyful Joy Foundation in honour of her sister who died of malaria with a child in 2006. The foundation raises funds and awareness towards the fight against Malaria. She won the Miss Black USA Pageant in 2010 as well as co – hosted the 2nd edition of the Africa Magic Viewers Choice Awards in 2014 with IK and Vimbai.  She played the role of Adanna (Danni) on the soap opera Tinsel, and won Best TV Actress of the Year at the 2014 ELOY Awards. She also won two awards in the just – concluded 2022 Africa Magic Viewers Choice Awards for Best Actress in A Drama (for Rattlesnake: The Ahanna Story) and Best Dressed Female.

Osas Ighodaro was born in Bronx, New York, United States, to Nigerian parents from Edo State. She obtained her first degree in broadcasting journalism with dual minors in entrepreneurship and theater from Pennsylvania State University. She further obtained a master’s degree in fine arts from the Actors Studio Drama School at Pace University.

After her masters at age 20, she participated in the Miss Black USA pageant in 2010 and won to become the first Nigerian-American to be crowned Miss Black USA.

While in the US her parents enrolled her in a modeling school with the aim of improving her self-esteem. While there, she the developed passion and love in performing arts. She had a fortunate start when she got a postcard to participate in an America co- pageant and out of 147 contestants, she was the third runner-up earning $60 as a prize. She thereafter returned to pageantry after she had finished her master’s program participating in Miss Black USA pageant in 2010 and finished as the eventual winner of the contest to become the first Nigerian-American to be crowned Miss Black USA.

She moved to Nigeria in 2012 with the intention of returning to the United States after six months. On arrival to Nigeria, Osas saw the numerous virgin opportunities in the Nollywood entertainment industry. Having been told by her Aunt about a TV series, Tinsel she then cast for it and secured role of Adanna in the award – winning soap opera. Tinsel was voted as the “Longest running TV show in Africa” in the just – concluded 2022 Africa Magic Viewers Choice Awards.

Ighodaro has been involved in other TV soap opera afterwards like Shuga and other films in Nollywood.  Here is a list of the movie productions she has featured in:

Considering her elegance and professionalism in the Nigerian Entertainment scene as well as her philanthropic services, she has been nominated for several awards of which she has won so many including:

On August 2014, the delightful actress got engaged to Gbenro Emmanuel Ajibade who is a model, actor (he also starred in tinsel) and producer. The duo walked down the aisle on July 4th, 2015. Together, they have one daughter named, Azariah Tiwatope Osarugue Ajibade. They divorced in 2019.