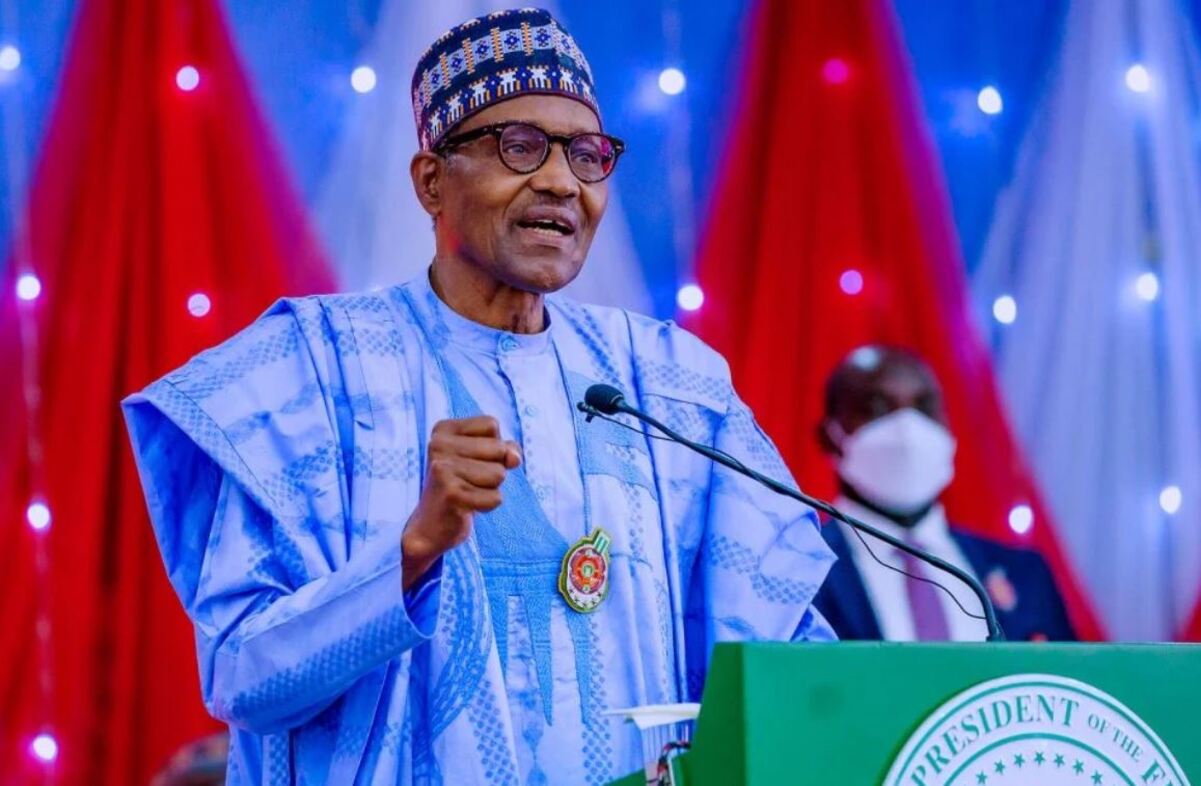 1. I am immensely grateful to God Who Has preserved us to witness this day and this occasion. Today marks a triumph for Nigeria and an occasion to celebrate her freedom and cherish her democracy. Nigerians have shown their commitment to democracy and are determined to entrench its culture. Our journey has not been easy but thanks to the determination of our people and strong support from friends abroad we have today a truly democratically elected government in place.

2. I would like to thank President Goodluck Jonathan for his display of statesmanship in setting a precedent for us that has now made our people proud to be Nigerians wherever they are. With the support and cooperation he has given to the transition process, he has made it possible for us to show the world that despite the perceived tension in the land we can be a united people capable of doing what is right for our nation. Together we co-operated to surprise the world that had come to expect only the worst from Nigeria. I hope this act of graciously accepting defeat by the outgoing President will become the standard of political conduct in the country.

3. I would like to thank the millions of our supporters who believed in us even when the cause seemed hopeless. I salute their resolve in waiting long hours in rain and hot sunshine to register and cast their votes and stay all night if necessary to protect and ensure their votes count and were counted. I thank those who tirelessly carried the campaign on the social media. At the same time, I thank our other countrymen and women who did not vote for us but contributed to make our democratic culture truly competitive, strong and definitive. I thank all of you.

4. Having just a few minutes ago sworn on the Holy Book, I intend to keep my oath and serve as President to all Nigerians. I belong to everybody and I belong to nobody.

5. A few people have privately voiced fears that on coming back to office I shall go after them. These fears are groundless. There will be no paying off old scores. The past is prologue.

6. Our neighbours in the Sub-region and our African brethren should rest assured that Nigeria under our administration will be ready to play any leadership role that Africa expects of it. Here I would like to thank the governments and people of Cameroon, Chad and Niger for committing their armed forces to fight Boko Haram in Nigeria.

7. I also wish to assure the wider international community of our readiness to cooperate and help to combat threats of cross-border terrorism, sea piracy, refugees and boat people, financial crime, cyber crime, climate change, the spread of communicable diseases and other challenges of the 21st century.

8. At home we face enormous challenges. Insecurity, pervasive corruption, the hitherto unending and seemingly impossible fuel and power shortages are the immediate concerns. We are going to tackle them head on. Nigerians will not regret that they have entrusted national responsibility to us. We must not succumb to hopelessness and defeatism. We can fix our problems.

9. In recent times Nigerian leaders appear to have misread our mission. Our founding fathers, Mr Herbert Macauley, Dr Nnamdi Azikiwe, Chief Obafemi Awolowo, Alhaji Ahmadu Bello, the Sardauna of Sokoto, Alhaji Abubakar Tafawa Balewa, Malam Aminu Kano, Chief J.S. Tarka, Mr Eyo Ita, Chief Denis Osadeby, Chief Ladoke Akintola and their colleagues worked to establish certain standards of governance. They might have differed in their methods or tactics or details, but they were united in establishing a viable and progressive country. Some of their successors behaved like spoilt children breaking everything and bringing disorder to the house.

10 Furthermore, we as Nigerians must remind ourselves that we are heirs to great civilizations: Shehu Othman Dan fodio’s caliphate, the Kanem Borno Empire, the Oyo Empire, the Benin Empire and King Jaja’s formidable domain. The blood of those great ancestors flow in our veins. What is now required is to build on these legacies, to modernize and uplift Nigeria.

11. Daunting as the task may be it is by no means insurmountable. There is now a national consensus that our chosen route to national development is democracy. To achieve our objectives we must consciously work the democratic system. The Federal Executive under my watch will not seek to encroach on the duties and functions of the Legislative and Judicial arms of government. The law enforcing authorities will be charged to operate within the Constitution. We shall rebuild and reform the public service to become more effective and more serviceable. We shall charge them to apply themselves with integrity to stabilize the system.

12. For their part the legislative arm must keep to their brief of making laws, carrying out over-sight functions and doing so expeditiously. The judicial system needs reform to cleanse itself from its immediate past. The country now expects the judiciary to act with dispatch on all cases especially on corruption, serious financial crimes or abuse of office. It is only when the three arms act constitutionally that government will be enabled to serve the country optimally and avoid the confusion all too often bedeviling governance today.

13. Elsewhere relations between Abuja and the States have to be clarified if we are to serve the country better. Constitutionally there are limits to powers of each of the three tiers of government but that should not mean the Federal Government should fold its arms and close its eyes to what is going on in the states and local governments. Not least the operations of the Local Government Joint Account. While the Federal Government can not interfere in the details of its operations it will ensure that the gross corruption at the local level is checked. As far as the constitution allows me I will try to ensure that there is responsible and accountable governance at all levels of government in the country. For I will not have kept my own trust with the Nigerian people if I allow others abuse theirs under my watch.

14. However, no matter how well organized the governments of the federation are they can not succeed without the support, understanding and cooperation of labour unions, organized private sector, the press and civil society organizations. I appeal to employers and workers alike to unite in raising productivity so that everybody will have the opportunity to share in increased prosperity. The Nigerian press is the most vibrant in Africa. My appeal to the media today – and this includes the social media – is to exercise its considerable powers with responsibility and patriotism.

15. My appeal for unity is predicated on the seriousness of the legacy we are getting into. With depleted foreign reserves, falling oil prices, leakages and debts the Nigerian economy is in deep trouble and will require careful management to bring it round and to tackle the immediate challenges confronting us, namely; Boko Haram, the Niger Delta situation, the power shortages and unemployment especially among young people. For the longer term we have to improve the standards of our education. We have to look at the whole field of medicare. We have to upgrade our dilapidated physical infrastructure.

16. The most immediate is Boko Haram’s insurgency. Progress has been made in recent weeks by our security forces but victory can not be achieved by basing the Command and Control Centre in Abuja. The command centre will be relocated to Maiduguri and remain until Boko Haram is completely subdued. But we can not claim to have defeated Boko Haram without rescuing the Chibok girls and all other innocent persons held hostage by insurgents.

17. This government will do all it can to rescue them alive. Boko Haram is a typical example of small fires causing large fires. An eccentric and unorthodox preacher with a tiny following was given posthumous fame and following by his extra judicial murder at the hands of the police. Since then through official bungling, negligence, complacency or collusion Boko Haram became a terrifying force taking tens of thousands of lives and capturing several towns and villages covering swathes of Nigerian sovereign territory.

18. Boko Haram is a mindless, godless group who are as far away from Islam as one can think of. At the end of the hostilities when the group is subdued the Government intends to commission a sociological study to determine its origins, remote and immediate causes of the movement, its sponsors, the international connexions to ensure that measures are taken to prevent a reccurrence of this evil. For now the Armed Forces will be fully charged with prosecuting the fight against Boko haram. We shall overhaul the rules of engagement to avoid human rights violations in operations. We shall improve operational and legal mechanisms so that disciplinary steps are taken against proven human right violations by the Armed Forces.

19. Boko Haram is not only the security issue bedeviling our country. The spate of kidnappings, armed robberies, herdsmen/farmers clashes, cattle rustlings all help to add to the general air of insecurity in our land. We are going to erect and maintain an efficient, disciplined people – friendly and well – compensated security forces within an over – all security architecture.

20. The amnesty programme in the Niger Delta is due to end in December, but the Government intends to invest heavily in the projects, and programmes currently in place. I call on the leadership and people in these areas to cooperate with the State and Federal Government in the rehabilitation programmes which will be streamlined and made more effective. As ever, I am ready to listen to grievances of my fellow Nigerians. I extend my hand of fellowship to them so that we can bring peace and build prosperity for our people.

21. No single cause can be identified to explain Nigerian’s poor economic performance over the years than the power situation. It is a national shame that an economy of 180 million generates only 4,000MW, and distributes even less. Continuous tinkering with the structures of power supply and distribution and close on $20b expanded since 1999 have only brought darkness, frustration, misery, and resignation among Nigerians. We will not allow this to go on. Careful studies are under way during this transition to identify the quickest, safest and most cost-effective way to bring light and relief to Nigerians.

22. Unemployment, notably youth un-employment features strongly in our Party’s Manifesto. We intend to attack the problem frontally through revival of agriculture, solid minerals mining as well as credits to small and medium size businesses to kick – start these enterprises. We shall quickly examine the best way to revive major industries and accelerate the revival and development of our railways, roads and general infrastructure.

23. Your Excellencies, My fellow Nigerians I can not recall when Nigeria enjoyed so much goodwill abroad as now. The messages I received from East and West, from powerful and small countries are indicative of international expectations on us. At home the newly elected government is basking in a reservoir of goodwill and high expectations. Nigeria therefore has a window of opportunity to fulfill our long – standing potential of pulling ourselves together and realizing our mission as a great nation.

24. Our situation somehow reminds one of a passage in Shakespeare’s Julius Ceasar
There is a tide in the affairs of men which,
taken at the flood, leads on to fortune;
Omitted, all the voyage of their life,
Is bound in shallows and miseries. We have an opportunity. Let us take it.