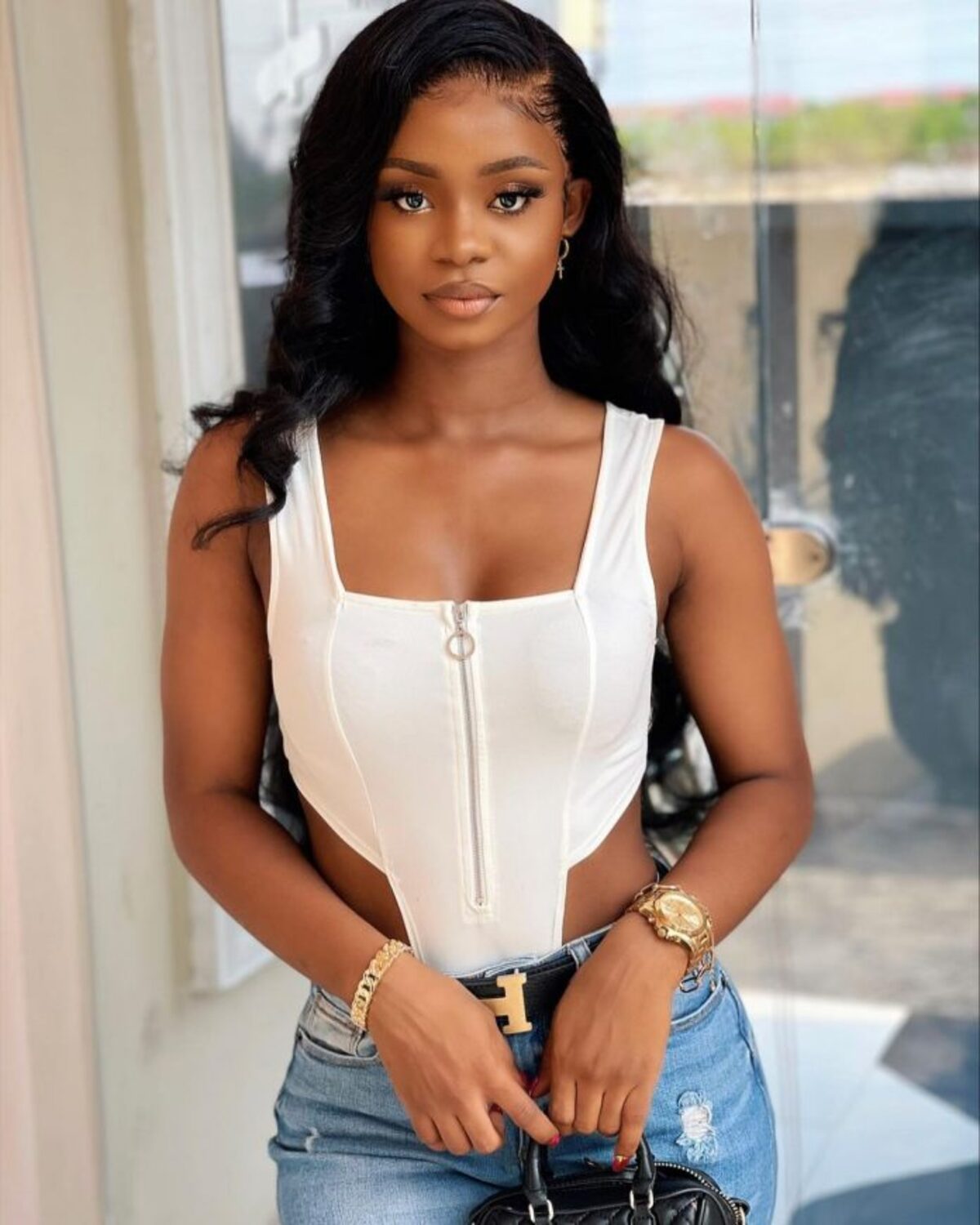 She was born in Lagos State but originally hails from Ogun State in the South-Western region of Nigeria and from the Ijebu ethnicity. She started acting at the age of 14, and has since featured in several Nollywood movies.

Priscilla Ajoke Ojo was born in Lagos State Nigeria where she grew up with her sibling although she is a native of Ogun State, the South-Western part of Nigeria. She is from the Ijebu ethnicity, Yoruba tribe.

Having grew up in Lagos state with her mother and brother, Priscilla Ojo attended a private primary school where she obtained her First School Leaving Certificate and proceeded to secondary school for her Senior Secondary School Certificate.

The beautiful and charming actress got admitted into the Babcock University Ilishan Remo in Ogun State where she bagged a bachelor’s degree in Theatre Arts.

Priscilla Ojo started her acting career at a tender age while she was 14 years old. The mother paved the way for her in the industry, gifting her a role to play which the young actress delivers with high performance more than expected of such a young actress.

She has appeared in most the films produced by her mother, Iyabo Ojo, showing her talent and never disappoint when been called upon. The mother trained her to become an outstanding actress, becoming one of the best young actress in Nigeria.

Priscilla Ojo came into prominence after starring in the movie “Beyond Disability”, which earned her nomination on the platform Bon’s Best Child Actress Awards.

The beautiful young actress and daughter of veteran actress, Iyabo Ojo is known for showing off her curvy body on Instagram with huge fan base having reach stardom. She is gifted and talented and has proved countless times that she is not just an upcoming but a professional actress.

Aside from acting, the fast-rising actress is also a model. She flaunt on Instagram with her unique way of dressing which makes her attractive with top brands coming for her modeling service.

Priscilla Ojo is a talented fast-rising Nigerian actress and model. She has an estimated net worth of $500,000. The Instagram model and brand influencer has amassed wealth through acting and endorsement deals.

On April 24, 2022, she announced on Instagram that she has acquired a new Mercedes Benz which stirred reactions from the social media community with lots of people congratulating the young actress.

Priscilla Ojo is single and yet married, despite being linked with some celebrities. She was rumored to be dating Nigerian afrobeat singer and rapper, Lil Kesh, although it wasn’t confirmed as they have not been seen together in public, neither do any of them say anything about the relationship.

Priscilla Ojo was also rumored to be in a relationship with Mavin Records singer, Koredo Bello, which the singer debunked, stating that he is not in the position to say it, maybe the actress can give the answer.