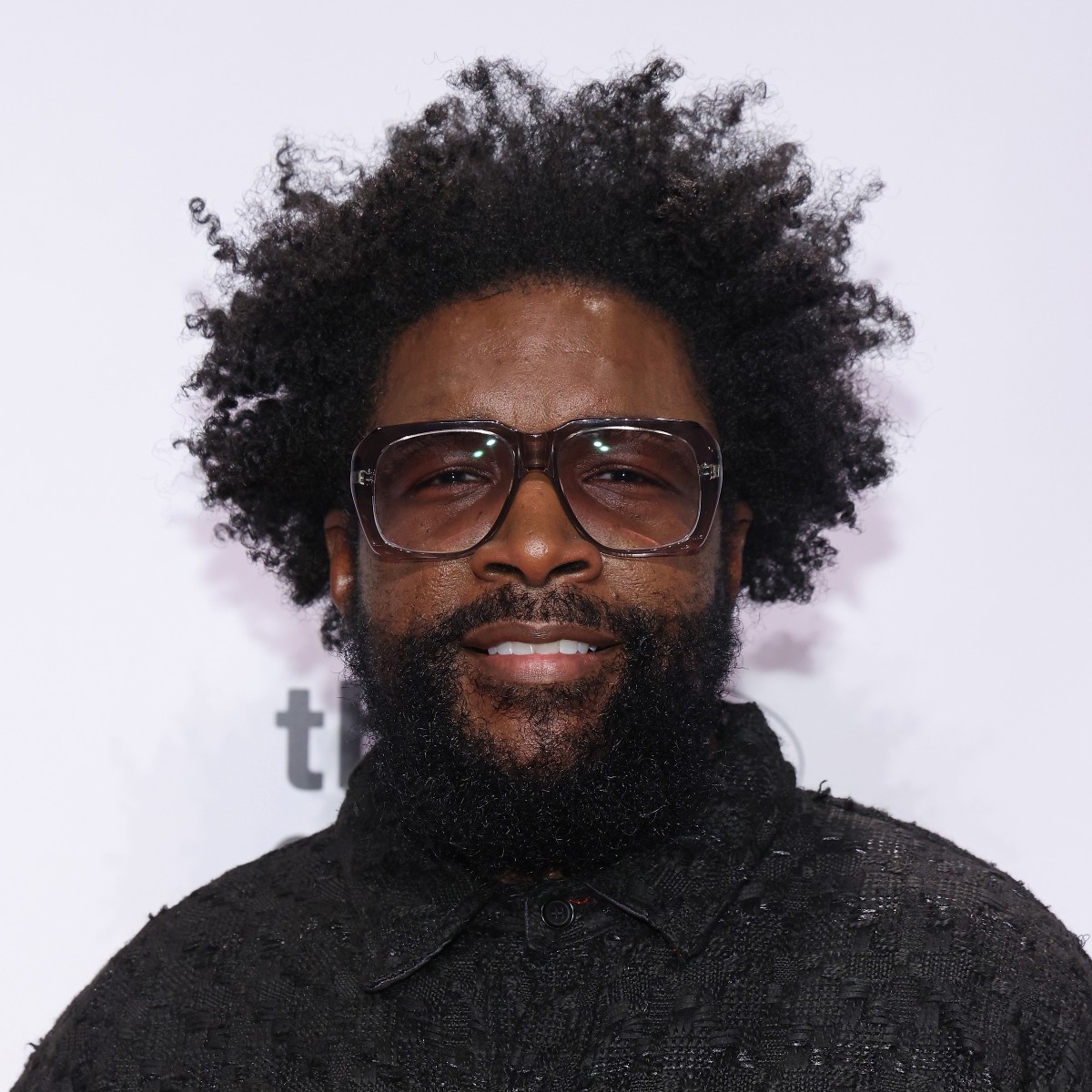 In this article, we are going to explore everything you need to know about Questlove.

Questlove was born in 1971 in Philadelphia, Pennsylvania. He learned the ropes of show business from his father’s band. In 1987, he co-founded the jazz/hip-hop group the Roots, which garnered critical and commercial acclaim before becoming the house band for Late Night With Jimmy Fallon in 2009. Questlove is also a music history professor, a best-selling author and the Academy Award-winning director of the 2021 documentary Summer of Soul.

Questlove was born Ahmir Khalib Thompson on January 20, 1971, in Philadelphia, Pennsylvania. His father, Lee Andrews, had enjoyed commercial success in the late 1950s with his doo-wop band, the Hearts, and his mother, Jaquelin, was a model and a singer.

Raised in West Philadelphia, Questlove began drumming at age two and developed a fascination with music shows like Soul Train. Around that time, a wave of ’50s nostalgia had revived his father’s career, and Questlove soon began spending school vacations on the road with his parents and older sister, Donn.

By age seven, the budding musician was preparing his father’s performance outfits, and within two years, he was in charge of stage lighting. At age 12, Questlove filled in when the band’s drummer canceled and debuted alongside his father at New York City’s Radio City Music Hall.

Questlove entered the Philadelphia High School for the Creative and Performing Arts, which counted the future members of Boyz II Men and rising jazz luminaries Christian McBride and Joey DeFrancesco among its student body. It also included a streetwise art student named Tariq Trotter, who found in Questlove’s drum beats a strong backing to his freestyle rapping abilities.

Soulquarians and Other Music

In the late 1990s, Questlove branched out from the Roots to collaborate with other jazz- and soul-influenced artists. Their collective, which became known as the Soulquarians, was prominently involved in the production of acclaimed albums like Mos Def’s Black on Both Sides (1999), D’Angelo’s Voodoo (2000) and Common’s Like Water for Chocolate (2000).

Questlove also served as the musical director for Chappelle’s Show in the early 2000s and executive music producer for projects like the 2014 Chris Rock film Top Five. Additionally, he has carved out a prominent side career as a DJ, which provides the opportunity to play favorites from his deep collection of at least 170,000 records.

Career with The Roots

In 1987, the duo launched the hip-hop group that became The Roots. Alongside Questlove (also known as ?uestlove) and Trotter, a.k.a Black Thought, The Roots expanded to include lyricist Malik B., Josh Abrams and then Leonard Hubbard on bass, and Scott Storch on keyboard.

Delivering socially conscious lyrics and jazz-influenced sound from its instrumentalists, The Roots were an anomaly in a genre of sampled beats and a “gangsta” ethos defined by artists like Dr. Dre and Ice Cube. With a limited market for their unique sound, they independently released a debut album, Organix (1993) and spent much of the early 1990s touring Europe.

Questlove eventually developed a machine-like quality to his drumming, and with it arrived The Roots’ first taste of commercial success. Their third album, Illadelph Halflife (1996), spawned a breakout single in “Clones” and an attention-grabbing video for “What They Do.” Their follow-up effort, Things Fall Apart (1999), brought the group’s first gold record and Grammy win, for the single “You Got Me.”

With Questlove and Black Thought providing the backbone to a fluctuating lineup, The Roots continued mesmerizing fans with albums like Phrenology (2002), Game Theory (2006), How I Got Over (2010) and Undun (2011). They also teamed up with Jay-Z for the hip-hop mogul’s MTV Unplugged performance in 2001, and with John Legend, for the Grammy-winning cover album Wake Up! in 2010.

Questlove put his thoughts to paper in 2013 with the publication of the memoir Mo’ Meta Blues: The World According to Questlove.

He has since followed up with more popular books that tackle topics near and dear to his heart, including Soul Train: The Music, Dance, and Style of a Generation (2013), Something To Food About (2016) and Music is History (2021).

In 2009, The Roots embarked on a new career path as the house band for Late Night With Jimmy Fallon. According to Questlove, they initially faced scrutiny from producers who doubted the group’s musical range, until they displayed a skill for toggling between genres with their “Freestylin’ with the Roots” segment.

Questlove has also spoken of how he was nearly fired for playing Wishbone’s “Lyin’ Ass Bitch” during conservative Congresswoman Michelle Bachmann’s introduction to the show in 2011. The drummer eventually put the controversy behind him, thanks to the repartee he showed with Late Night‘s host and guests, and he was promoted to musical director when Fallon took over The Tonight Show in 2014.

‘Summer of Soul’ and Other Screen Credits

Presented with more than 40 hours of little-seen footage from the 1969 Harlem Cultural Festival, Questlove sorted through the captivating performances of acts like Stevie Wonder, Nina Simone, Mahalia Jackson and Sly and the Family Stone and obtained interviews with both artists and fans who were in attendance. The result was Summer of Soul, a home run of a directorial debut that earned an Academy Award for Best Documentary and a Grammy for Best Music Film in 2022.

Questlove’s screen credits include appearances in shows ranging from Yo Gabba Gabba! to Law & Order and a prominent voice role in the 2020 animated Pixar feature Soul. Other projects under the banner of his Two One Five Entertainment company, co-founded with Black Thought, include the docuseries Hip-Hop: The Songs That Shook America, which aired on AMC in 2019; Questlove’s Potluck, a 2020 Food Network special; and the animated Rise Up, Sing Out, which debuted on Disney+ in early 2022.

After responding to an NPR intern’s tepid review of a seminal Public Enemy album, Questlove leapt at the chance to teach a class at the Clive Davis Institute for Recorded Music at NYU’s Tisch School of the Arts in 2013. Titled “Classic Albums,” the course sought to examine the content and context of selected records, like Michael Jackson’s Off the Wall (1979), to determine why they were considered so monumental.

The artist built on the music-education theme with the launch of the interview-oriented Questlove Supreme on Pandora in 2016. The podcast, which eventually included four regular co-hosts, found a new home on iHeartRadio in 2019.