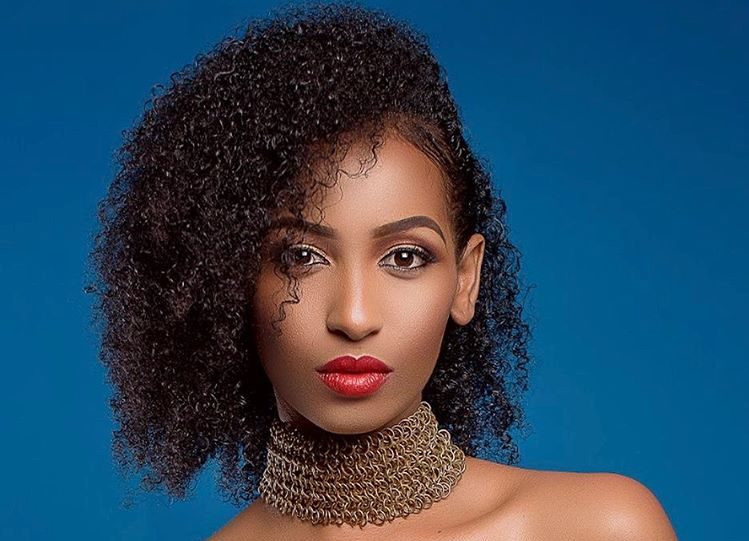 In this article, we are going to explore everything you need to know about Sarah Hassan.

Who is Sarah Hassan?

Sarah Hassan livelihood started in Mombasa, Kenya. The very beautiful star was born on 5th September 1988. Her parents are Lucian and Hassan. Sarah has no brothers or sisters and is the only child in her family.

Sarah Hassan is a Kenyan Actress, Model, Producer and TV Host who has appeared in several films and television series. She is notable for the charm, radiance and brilliance she brings on screen and very famous for her role in Citizen TV series such as, Tahidi High,The Wedding Show and Zora.

The award – winning Kenyan screen goddess who does fashion modeling as well as TV presenting is a mother of one who she put to bed in 2019, two years after her marriage with Martin Dale who she first met at the gym before they started dating. This half Kamba and half Coasyarian (Arab) Kenyan model/actress who spent two and a half years in Los Angeles, California to study and learn more about the film industry, produced and featured on the television film “Plan B” (2019) alongside Daniel Etim Effiong. The film already enjoyed over one million views on YouTube in the first two weeks of its release.

Sarah Hassan was born on 5th September 1988 in Mombasa town, Mombasa County, Kenya. She is an only child of her parents, Lucian (mother) and Hassan (father) who she spent most of her childhood in Mombasa, Kenya with.

Sarah Hassan popularly known as “Zora” on Zora Citizen TV drama series managed to graduate with her O-levels from Machakos Girls High School and got admitted into the University. She got her Bachelor degree of Science in Actuarial Science in Jomo Kenyatta University of Agriculture and Technology. However, the actress did not work a single day in her degree from the Jomo Kenyatta University of Agriculture and Technology. Instead, she chased the star path by enrolling and graduating from New York Film School in 2016.

Sarah and her husband Martin Dale were dating for quite a long time, until 2015 when Sarah Hassan wedding was finally announced she posted a picture of her hand with a luxurious ring and a photo of herself and Martin Dale. Martin Dale and Sarah Hassan finally got hooked martially when they wedded on February 25, 2017. The beautiful wedding ceremony was held in Karura Forest. Two years after, the couple had a bouncing baby boy in April, 2019.

Sarah Hassan fondly called Tanya started working as a Host Mashariki Mix at Mnet Africa in 2013. In 2015 she managed to become a host Discovery +254 at Nation Media Group. In September 2015 she changed her previous job and became a Host Mashariki Max at Startimes Tanzania.

Sarah started her acting profession in 2009 when she was cast in the lead role of Tanya in the comedy-drama local TV show, Tahidi High which became the talk of time those days. Her beauty together with the talent she depicts on screen led this to become the model’s revolution in the Kenyan film scene.

Shortly after, Sarah got a chance to play a character in Demigods, Saints, Changes, Sakata, House of Lungula, Jane and Abel, Live or Die, Now that you’re here, How to Find a Husband and Plan B. Sarah Hassan participated in a British historical drama called “I am a slave” and has also played a detective role in the movie, Crime and Justice which is currently on Show max.

She also became a host at a reality show that aired on Maisha Max. Sarah Hassan stepped in the place of Noni Gathoni in 2013 as the host of “The Wedding Show” that aired on Citizen TV. She did the job for about one year and left in December 2014.

Apart from acting and TV hosting, Sarah Hassan has made a name for herself by working in the local fashion industry both as a model besides being a spokesperson.

She has featured in the following Films and TV shows: