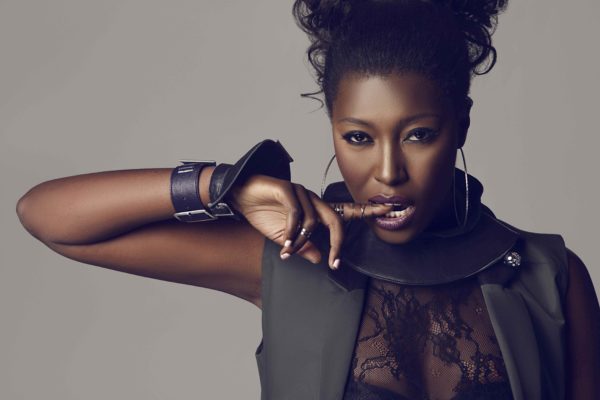 In this article, we are going to explore everything you need to know about Vimbai Mutinhiri.

Who is Vimbai Mutinhiri?

Vimbai Mutinhiri is a Zimbabwean actress, model and television personality. She was born in Harare, Zimbabwe but raised in Belgrade, Serbia and in Johannesburg, South Africa.

Born on February 18, 1987, Miss Vimbai is the youngest of four children born to her parents; Ambrose Mutinhiri (father) and Tracy Mutinhiri (mother), who are both Zimbabwean cabinet ministers. She lost her elder sister Belinda to a car crash in 2014.

Vimbai Katherine Mutinhiri was born on 18 February 1987, to be the last child of Ambrose Mutinhiri and Tracy Mutinhiri in Harare. Her father was an ambassador and this would see her being a resident in different countries. Her mother asserted that she was so exceptionally brilliant that she had to skip the first grade after graduating from pre-school.

From abroad, the family relocated home and Vimbai enrolled at St Edward’s School, Oxford and Arundel School in Harare where she graduated in 2000 and 2002 respectively. On completing her high school education, Vimbai proceeded to the University of Cape Town where she studied and graduated in 2008 with a Bachelor of Social Science Degree in Politics, Philosophy and Economics.

Vimbai started her career at the age of 15 years as an actress in Zimbabwe, in a short film titled “Who’s In Charge”. The movie was being featured at the Zimbabwe International Film Festival. She went on to play a lead role in Zimbabwe’s first soap opera titled “Studio 263”. While studying at the University of Cape Town, she continued modelling.

It was in 2011 that Vimbai was known by the African continent when she took part in Big Brother Africa season 6 (Amplified) with Wendall Parson but she couldn’t reach the grand finale as she was evicted on Day 84 of the 91 days show.

Whilst in South Africa, Vimbai became a full-time professional model while being a full-time student at the University of Cape Town. She became Miss Global Face of Bio Oil after doing several campaigns for the company.

She was also involved in several campaigns for MTV Base, Estee Launder and the Telecommunication outfit, Zain. She has appeared on the cover pages of South African most read magazines such as True Love and Drum.

The Zimbabwean actress has also enjoyed a sterling career as a TV personality. On 11 June 2012, Vimbai was selected to co-host Star Gist (a daily showbiz entertainment programme), which premièred on Africa Magic Entertainment Channel on MultiChoice’s DStv.

Before that, she did commercials for MTN in South Africa as well as an Ambassador of a drink company becoming the face of Castle Milk Stout in Cameroon. She was also the spokesperson and face of Nokia after the launch of the Nokia Lumia 520 in August 2013.

In 2011, Vimbai tried to explore the music industry as she released her first album titled Vimbai shortly after she was evicted from the Big Brother competition. The album actually did not make waves and she attributed it to the fact that she was reluctant to pursue music all because she has a busy schedule.

Vimbai Mutinhiri-Ekpenyong said yes to the love of her life Andrew “Dru” Ekpenyong in 2020. The couple got engaged in October 2019.

The couple met in Calabar when Vimbai came for the Calabar Carnival. It was actually in a club owned by Dru Ekpenyong. They exchanged numbers and were communicating sparingly after Vimbai left Naija back to South Africa. At first, Vimbai was not flowing well with Dru but their bond became stronger when Dru visited Johannesburg, they met and had their first date. The couple are blessed with a daughter.