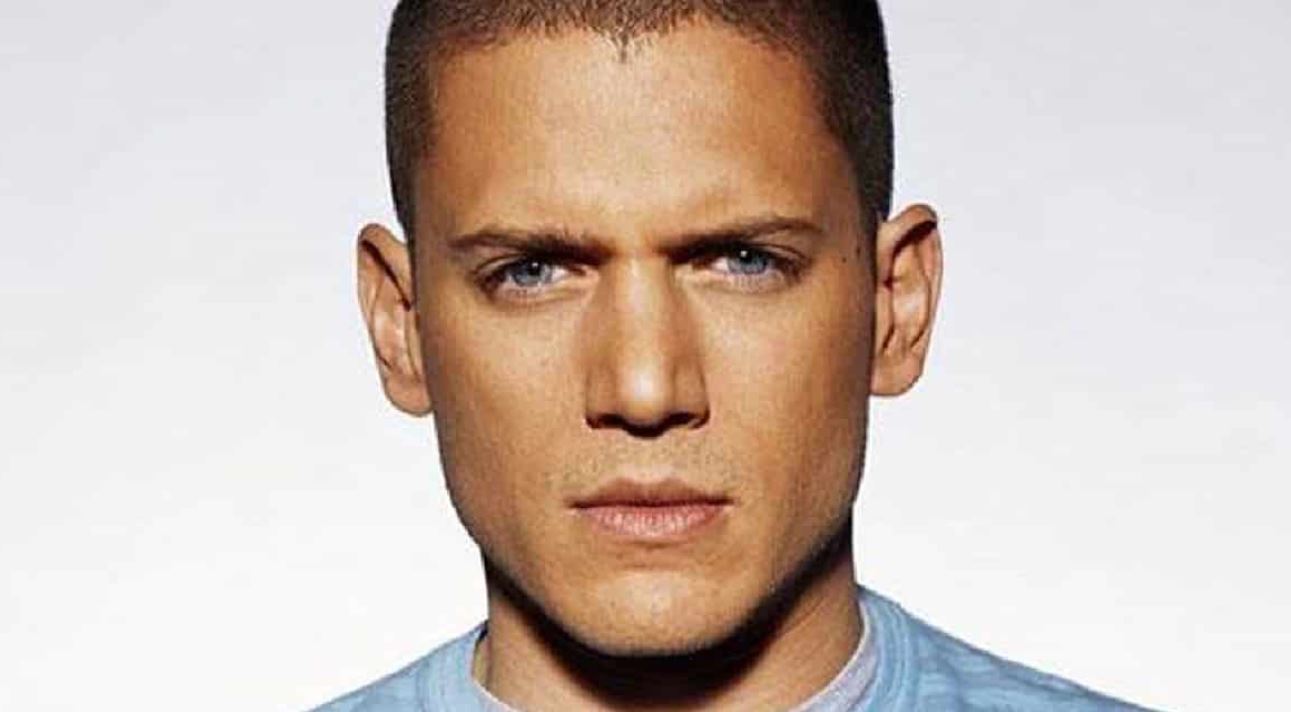 Who is Wentworth Miller

Wentworth Miller is an English-born American actor and screenwriter best known for his role in Prison Break, which gained him a Best Actor award nomination at the 2005 Golden Globes. He also had a long-term role in The Flash which earned him his only notable award to date. In addition to his successful career in Hollywood, the handsome actor has also garnered interest in his love life.

For many years, Miller kept his sexual identity a secret. This, however, did not stop it from being a topic of discussion on various tabloids. Among the various topics discussed were if he was truly gay and whether he was in a relationship with any of the number of good-looking young men he was seen out and about with. Below is a run-through of his relationship history.

Has Wentworth Miller Ever Been Married?

Despite being a very private person, a lot about Wentworth Miller’s love life has recently circulated in the media and this has left many to wonder whether or not the Prison Break star has ever been married. Well, while Miller may be the wish of every lady out there, his declaration of being gay rules him out of ever having a heterosexual relationship.

As far as we know, Wentworth Miller doesn’t have any nuclear family of his own, at least not yet anyway. He had previously stated in an interview that he desired to one day have his own family; “wife and kids”. However, after coming out as gay, we doubt if that will ever be a possibility.

Nevertheless, with civilization and advancement in modern medicine, there is a high chance of this if he decides to. He could adopt children, go the way of surrogates or subscribe to other equally great options available for gay people like himself.

Is Wentworth Miller Gay and Does He Have a Husband?

Wentworth Miller has long been a proponent of LGBTQ rights and mental health awareness but coming out to reveal his sexuality was probably one of the biggest challenges he had ever faced. But he eventually broke through when he revealed his true sexuality to the public. So for those who are still not sure about his sexuality, hear this, Wentworth Miller is gay and he is proud about that!

Miller denied being gay on thousands of interviews he had. He had even claimed to have the desire for a wife and kids in one of them. Sometimes, he simply refused to answer questions about his sexuality because he was afraid of the possible backlash. He was afraid that an open admission of the truth about his sexuality would hurt his career in a big way because of the open discrimination against gays that is still evident even in the showbiz industry. He admits he didn’t want to see his career which he had worked so hard for simply come to an end.

During a Human rights dinner in Seattle, Wentworth Miller gave hints when he talked about his challenges while growing up, trying to be like the perfect kid. He considered every day as a test where failure would have resulted in heavy physical, psychological, and emotional prices to pay.

Miller later fully came out as gay in a letter addressed to organizers of the Russian international film festival who had invited him to the event. In the letter dated August 21, 2013, the actor simply stated that though he enjoyed visiting Russia in the past, he couldn’t come to the festival due to the country’s anti-gay laws where people like him are violently persecuted.

He went on to add that he will visit Russia if the country stops the violent persecution of gay people and changes its anti-gay laws. This shows his full support for gay people and it clearly shows that he is finally at peace with his sexuality.

How the Actor Dealt with His Sexual Orientation in the Past

Wentworth Miller knew he was gay when he was quite young and admitted only to close family and friends in later years. However, it took him 41 years to go public with the news much to the shock of most of his loyal and clueless fans. The letter to the international film festival organizers was his first bold move, followed by his speech at the Human Rights Campaign event. However, instead of a huge backlash, there were praises from several quarters, including several gay societies commending him for his boldness.

The actor stated that he lived in fear because of his sexual orientation and was pretending as if everything was fine. As a result, he first attempted suicide at age 15 and has attempted to take his own life several times after that when he felt he couldn’t take it. During his confession at the Human Rights Campaign Dinner, he said he attempted suicide when his family was away for the weekend – he swallowed a couple of pills.

Miller’s ability to successfully conquer his fear of being accepted by the public following his sexual orientation was a huge achievement for the young actor. His bold decision sends a powerful message to all LGBT Russians who are facing extreme violence and persecution. It also helped him deal with and speak of various other issues that posed a challenge to people like him.

His Struggle with Depression and Suicidal Attempts

Being able to boldly declare his sexual stance was a huge step to conquering other issues of his life he has secretly been dealing with. Miller has always been a very private person who rarely speaks or posts anything that concerns his private life on any social media platform like most of his celebrity colleagues would. But things appeared to change after his gay self came public.

In 2016, which is about three years after he opened up about his orientation, Wentworth summoned yet another courage to speak of other challenges he faced while growing into adulthood. The actor opened up about his struggle with mental health while addressing a cruel meme of his physique. This happened after there was a meme circulating on social media making fun of his weight gain.

The meme featured a photo of the actor’s lean and shirtless body compared to his later image where he appears to have gained weight. The photos were beneath a caption that alluded to his eating habits.

His Response to the Meme

Although the fat-shaming meme was taken down from The Lad Bible Facebook page shortly after it was published, Miller took to Facebook the following day not only to strike back but to seize the opportunity to relate his years-long health challenges as a way of encouraging people who are dealing with a similar struggle.

In a lengthy Facebook post, Miller said the second photo which had him adding weight was taken in 2010 at “the lowest point in [his] adult life” when he was suicidal and had developed bad eating just to distract himself from the depression he suffered since childhood.

Miller had once talked about his high expectations of himself and admits that he is always hard on himself. He says he is normally greatly disappointed in himself whenever he doesn’t deliver as per his own expectations. He always cares about the smallest details and will do everything to ensure that his work is perfect. He only competes against himself and no one else and therefore never compares himself to any actor.

Towards the end of his long message, Miller provided links to a number of resources for anyone suffering from suicidal thoughts. He encouraged them to seek help. Meanwhile, LAD Bible realized their mistake and apologized for their misconduct.

Wentworth Miller’s Partners: Meet the Boyfriends and Girlfriends the Actor Has Been Linked To

Wentworth Miller has been spotted with several good-looking young people, which resulted in the early speculations about him being gay. Since he has come out of the closet, he has appeared to be no longer hidden about his relationships. However, these relationships are based on speculations given that the prison break star hasn’t publicly come forward to announce or confirm any relationship.

Notwithstanding, he hasn’t debunked the claims so who knows, it might just be the truth. Here is a recount of all the people Miller has reportedly dated in the past.

Mariana Klaveno is apparently the only woman that has been linked to Miller prior to and even after his announcement of being gay. Rumour has it that the two were briefly in a relationship as they had been spotted together many times. It is however not clear if the two actually dated as neither the parties confirmed nor denied the claims.

Mariana’s acting career began in 2004 and her most notable work was in the HBO original series “True Blood”. In it, she played the role of the vampire Lorena. The American actress tied the knot with her longtime boyfriend Luis A. Patiño in 2012 and has a child with him.

Wentworth Miller’s rumored relationship with Kristoffer Cusick featured very heavily in the tabloids. It was what brought about the rumor that the Prison Break actor was gay. Wentworth and Cusick were both together and were often spotted together at events. Although the pair often shied away from answering questions pertaining to their love lives, they were reportedly together in 2007.

Like Miller, Cusick is also a famous actor who loved acting since his childhood. His debut role was in the 1977 dance drama Saturday Night Fever where he shared the stage with the likes of John Travolta, Karen Lynn Gorney, Barry Miller, and Joseph Cali. It is not clear how Miller and Cusick first met but according to reports, they did share good times together before they broke up. Currently, Cusick is married to his gay partner named Dan. They got married in September 2018.

Wentworth Miller’s relationship with Canadian actor Luke Macfarlane fared more like his previous relationship. Speculations about when the two started dating are not clear but it is said that the two were intimate for several years before Miller’s decision to come clean about his sexual orientation. Although Miller and Macfarlane were at that time seen hanging out in public and sparking dating rumors, the two never confirmed their relationship for the fear of its impounding effect on their careers.

Luke, whose real name is Thomas Macfarlane, is a TV movie actor who is known for his Christmas movies on the Hallmark channel with Taking a Shot at Love being his latest. He is also known for his role in Single All the Way. The actor came out publicly in 2008 while playing a gay role on the family drama television series, Brothers & Sisters. However, despite going public about his status, Macfarlane refused to discuss his personal life but admits he’d like to be married someday.

Wentworth Miller was also rumored to have dated popular Hollywood photographer Mark Liddell. Mark, who is known for his book “Exposed:10 Years in Hollywood” which chronicles hundreds of shoots of A-listers and luminaries, is also a renowned interior decorator with many years of experience. He was rumored to have dated Miller in 2008.

Mark, an American, is largely considered one of the top celebrity photographers and image-makers in the world and is now in high demand as one of LA’s busiest interior designers. He is also a very private man when it comes to topics of his love life hence it is not known for how long his rumored relationship with Miller lasted.

Meanwhile, amid all speculations surrounding Wentworth Miller’s love life, the fine actor describes himself as a loner. He said despite spending most of his days with friends and putting together shows that involve hundreds of people, he often desires to spend time on his own but being alone is a luxury he can no longer afford.